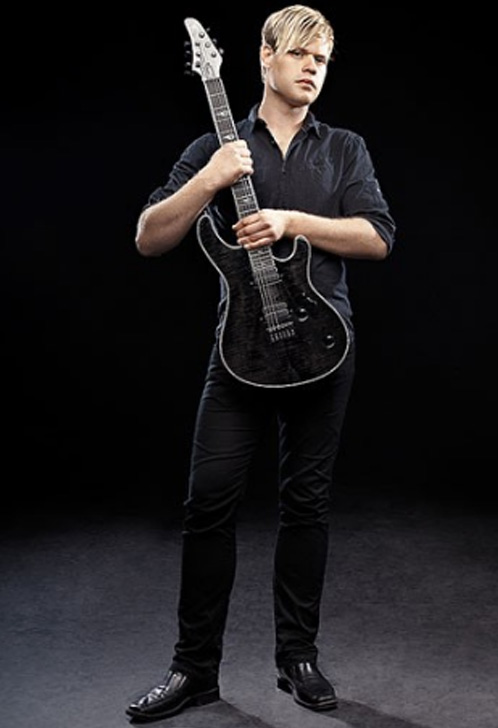 Twelve years after their acclaimed debut and three years on from the previous release, Norwegian goth metal pioneers Tristania are back with their long awaited sixth studio album Rubicon.
True to tradition, progress and diversity have been paramount in the creative process. With Rubicon, Tristania once again explore musical boundaries, playing with new and familiar elements and trifling with genres. The album consolidates an array of grand arrangements, sombre moods and elaborate harmonies blended with upbeat ear-catchers and outstanding vocal performances. Pushing outwards, Rubicon is still permeated by the gothic nerve which makes up the backbone of Tristania’s music, and which trademarks all of their releases.
Tristania, a melancholic metal formation from Norway, was formed in 1996. Just few months later, in May 1997,  the musicians enter the studio to record their first demo album. The songs quickly gained attention from the labels and in summer 1997 the group signs with Napalm Records to release their first EP.
Inspired by good reviews for the first release in Europe, the band was eager to record the debut album. Tristania’s first full length, Widow’s Weeds, was recorded during the last weeks of 1997 and released early 1998.

The formation has release five full length albums so far. During the years their music evolved and shifted from symphonic metal and sophisticated compositions to simple, harsh and raw tunes with elements from a large variety of genres, such as gothic rock, death metal, classical music and black metal.
Tristania tour list included almost all European countries, including Russia and Ukraine, as well as both American continents. The band shared the stages of all most important rock/metal festivals with other legends of the underground: Tiamat, Samael, Anathema, Enslaved or Kreator.

In 2010 the group returns with their sixth album Rubicon with two new female members: the vocalist Mariangela Demurtas and Gyri Losnegaard on guitar . The premiere of the new release is planned for August 2010.

We are proud to announce that Tristania’s latest opus was recorded using five Mayones instruments: two Be Gothic basses and three Regius guitars, including one seven string.

The instruments for band’s guitar player, Anders, are a six string standard Regius, a customized Regius 6, both equipped with DiMarzio Evolution pickups and a Regius 7 with Mahogany body and active EMG 707pickups. All the guitars sports Transparent Graphite Gloss Flamed Maple top and glossy finish at the back. The custom Regius 6 was delivered with a Hipshot D Tuner and Tristania logo position markers.

“I was first introduced to Mayones guitars by Andy from My Dying Bride, and I immediately fell in love.

Today I have three wonderful Mayos. Two Regius 6 with DiMarzio Evolution pickups, one of them custom made with the Tristania flame as fret inlays. And last but not least I’ve got a Regius 7 with EMG pickups which provide a wicked sound.

I thought I had found my favourite guitars, but after starting to play my Mayos I can definitely say this has changed. Mayones guitars look beautiful, sound fantastic and are wonderful to play.

Our new album, Rubicon, was entirely recorded with Mayones guitars and I’ve also had the pleasure to do some gigs with them already. They surely have stood the test!”