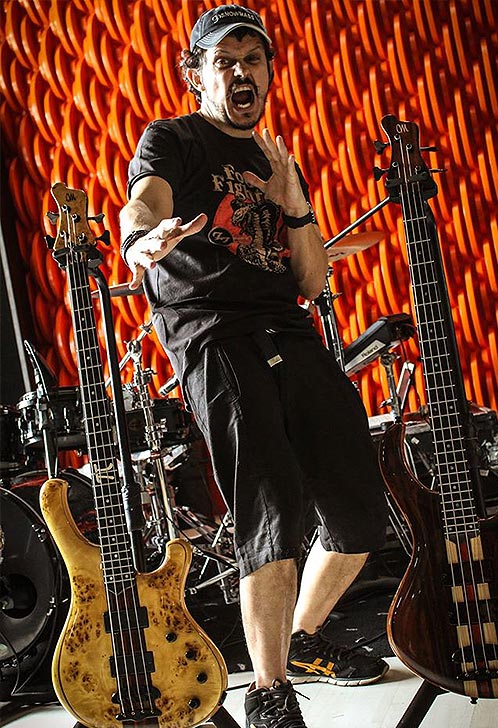 PJ Diniz is the bass player for Brazil’s most successful Pop band ever: Jota Quest.

The group was highly influenced by the acid jazz of the group Jamiroquai at the beginning. The band released their first album in 1996 and Sony Music signed a contract with them right away. They have been touring all around Brazil and the world many times since then. Jota Quest is a two times Latin Grammy winner.

Their album “Funky Funky Boom Boom” from 2013 had the stellar Nile Rodgers producing and playing the guitar on 3 tracks.  That year, their single “Mandou bem”was the biggest selling single of the year. PJ Diniz is a very funky player with a taste for bass effects like synths, phasers and fuzz.  His influence on bass players in Brazil on the last 20 years is huge.

PJ Diniz is an official endorser for Mayones in Brazil. He plays a Custom Patriot 4 strings and a Wojtek Pilichowski Pi bass.