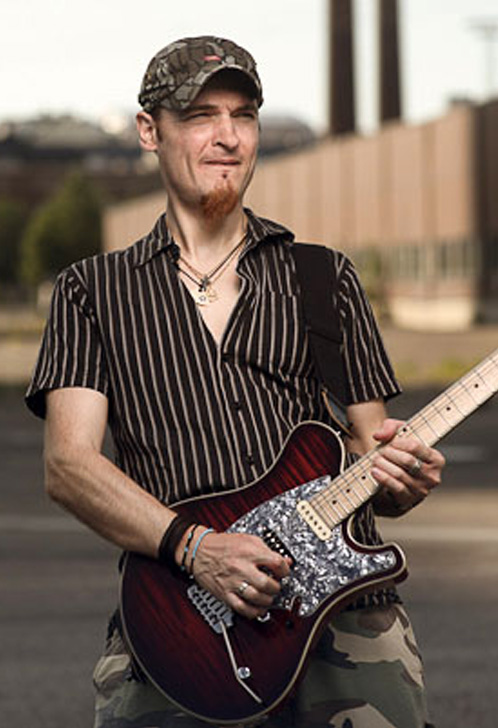 “My first choice went on the Setius who has a great playability and strong tone. Lately I received the Legend and I felt immediately that this guitar was made for me. Its playability, look, ergonomic, tone & feel are very close to what I try to be musically, an unpredictable mixture of modern, vintage, sharp and smooth. Being endorsed by Sound Shop who distributes Mayones Guitars in Finland, I  have the privilege to demonstrate many of their beautiful guitars.” – Romain “Roo” Chapus

Romain “Roo” Chapus is a French musician/ producer based in Helsinki, Finland. He started to play guitar in the early 90’s at age 15 under Satriani’s musical influence. He graduated from MUSIC ACADEMY INTERNATIONAL (former C.M.C.N-France) at 20.
Solo artist, session guitarist, featuring guitar instructor at guitarmasterclass.net & Shred Academy. Has released several guitar methods including one instructional DVD “Creative Shred” and one instrumental solo album: “Guitar without a Cause”.